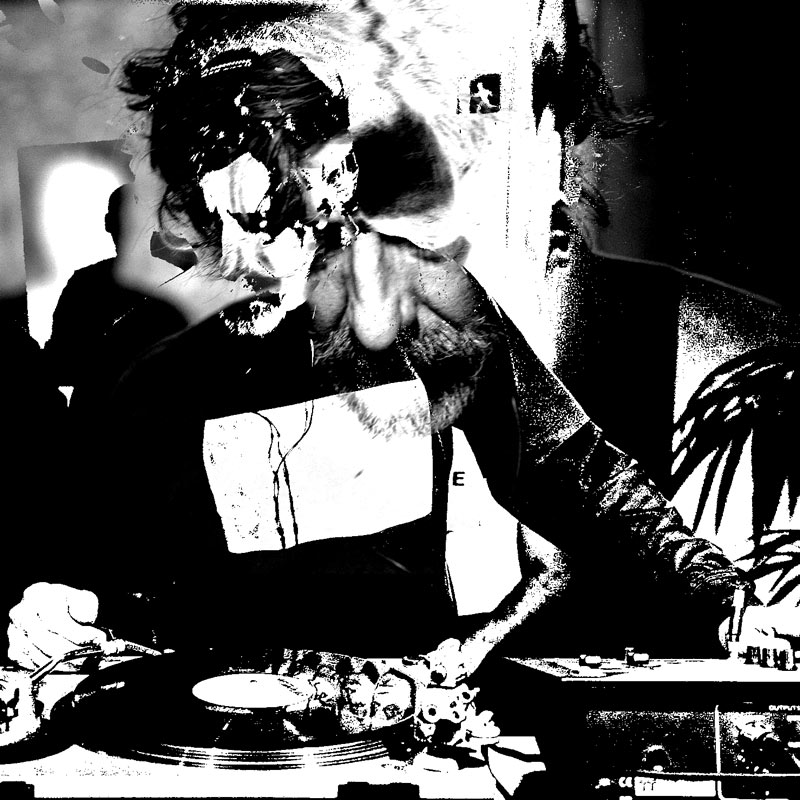 Old school dj, vinyl collector and unflagging searcher for more than 30 years. Reluctant to embrace established trends and always looking for new paths to fulfill his uncontrollable curiosity for music.

His early influences span from late 70 ́s and 80 ́s electronic music to the Valencian coast club scene of the late 80 ́s. The sounds he gathered from these influences ranged from synthpop or coldwave to ebm, electro and industrial.

With the coming of the more recent ebm / industrial revival, he stepped into musical production, pairing with Rubén Montesco in the industrial electro project ANACRONISMO INDUSTRIAL, and published a remix of ESPLENDOR GEOMETRICO and another track for the label INDUSTRIAS MEKANIKAS, plus another remix for ORLOCK101 released in the label BARRO RECORDS.

He has performed several times at the well known FEMUR club in Madrid, which later led him to launch the listening club ORBITA with Aitor Arch and Andrés Noarbe (ROTOR Discos), in his constant quest for avantgarde proposals to feed his home city with.

Among his 30 years career, many significative appearances could be quoted, but some of his preferred are the warm up set for ESPLENDOR GEOMETRICO at their 35 anniversary concert, or his dj set at the excellent BRAILLE SATELLITE FESTIVAL in 2019.