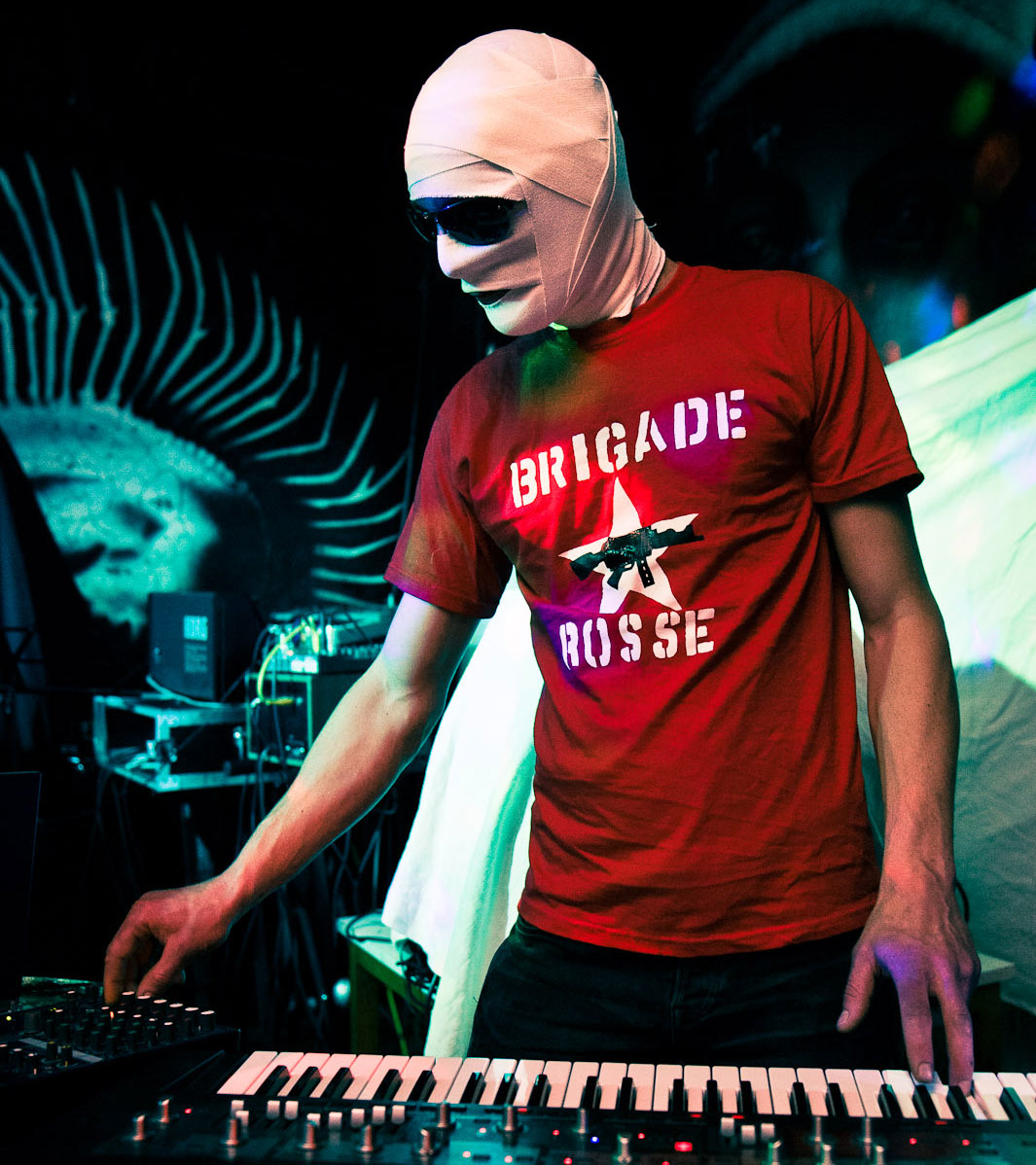 BRIGADE ROSSE is a new minimal electro duo of two famous musicians who want to act anonymously here. But with a little bit of detective flair, you soon get behind their identity, but in the end that does not matter, because the music and the concept should be in the foreground of BRIGADE ROSSE.

Thematically, one deals with the big city life including the resulting mostly paranoia and for it even texts and quotes by Berthold Brecht and Ulrike Meinhof are used. Through the brisk, but quite cool sounds, the life in the urban jungle between insomnia and neon light is very vividly illustrated, as the vocals also parallels to West German gloomy punk bands, but also Kraftwerk are available. By the way, Sven Wolff from the PATENBRIGADE WOLFF ensured a clear production, Volker Neumann (Eternal Soul) provided the suitable artwork and THE RORSCHACH GARDEN contributed a remix. Unfortunately, after only 9 tracks or around 35 minutes, the end is with the “disenchantment of the world”, but those are so close that a repeat is inevitable. Tip for listeners between BAKTERIELE INFEKTION, WELTKLANG and ECHO WEST.